DramaMera is a non-profit association founded in 2018 in Sweden. We, who formed DramaMera met at Västerbergs Folkhögskola were we participated in a two-year long drama program. In the drama house where we had our classes, we used to sit after our lessons and talk about what we want to work with as drama pedagogues. In those conversations an idea emerged about forming an association and tadaa - DramaMera was formed!

We work with groups of children and adults and one of our ambitions is to promote the use of drama as a learning method.

In our work we use drama to reflect over what impact individuals have in society and how society influences each and every individual.

Drama is an educational and artistic subject where individuals participate in fictional situations and role plays. It gives them a possibility to explore new things about themselves and about each other.

A drama pedagogue uses different methods, games and exercises in her work. Process drama, forum theater, improvisation, role play, drama adventure, expert play and DRACON are only some of the examples. The different methods are used to achieve different purposes.

DramaMera cooperates with organizations who work with culture, formal and informal education. We have worked on various projects, for example an integration project in two residential areas in a small Swedish town called Sandviken. We met twice a week during a year with children and young people, played drama with them and made theatrical performances. We have organized summer drama-camps for children in the Swedish countryside where children have limited access to culture. In collaboration with the Swedish branch Save the Children we have drama and crafts with children and their parents who are in migration. In addition to our pedagogical work we cooperate with local artists and writers in performing art projects.

With drama, we want to highlight the fact that democracy cannot be taken for granted. The equal value of all people, feminism and solidarity are our core values. 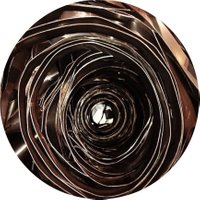